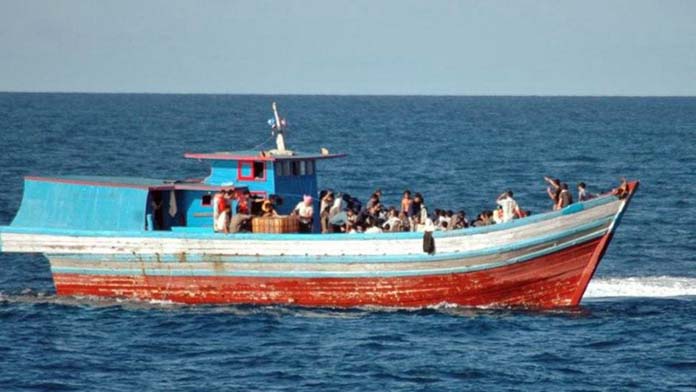 The second asylum boat turn back to Sri Lanka under the Albanese Labor government has highlighted the fundamental breach of human rights involved in such turnbacks.

Given the situation in Sri Lanka – the mass repression of its population by the corrupt Sri Lankan government and the on-going repression of the Tamils, it defies credibility that none of the 12 on the election day boat and none of the 45 on the most recent boat had claims that triggered Australia’s protection obligations.

The “screening out” interviews routinely done by immigration officials in Canberra by satellite phone are a breach of asylum seekers’ human rights, and Australia’s international obligations.

“They are called screening-out interviews for a reason,” said Ian Rintoul, spokesperson for the Refugee Action Coalition, “They are designed to reject people on the basis of few questions done in stressful conditions without access to legal advice or possibilities of appeal.”

It is reported that both boats were in Australian waters and that they were taken to Christmas Island, so their claims were made “in Australia.”

“They should have proper interviews. The Labor government knows that people being returned to Sri Lanka may well be being sent back to danger.”

The turnbacks are at odds with Labor’s stated platform: “Labor believes protection claims made in Australia should be assessed and reviewed on the individual merits with procedural fairness ensuring that our international human rights obligations are met.

Accordingly: “The assessment and review of protection claims will be underpinned by robust, efficient and transparent processes that ensure fair and consistent outcomes, including access to review and independent advice.”

“Labor’s inquiry into the boat arrivals must go beyond investigating any connivance by the previous Coalition government,” said Rintoul, “We need complete transparency about the ‘screening out’ interviews. The secrecy about ‘on-water’ matters has to end. Labor should reveal what actually happens in screening-out interviews.

“Under the Coalition, on-water secrecy, including screening-out interviews, hid all kinds of human rights breaches. Labor has a chance to uphold Australia’s obligation to provide protection to those who need it.

“The asylum boats must be allowed to land and asylum seekers allowed to make their protection applications considered under Australian law.”