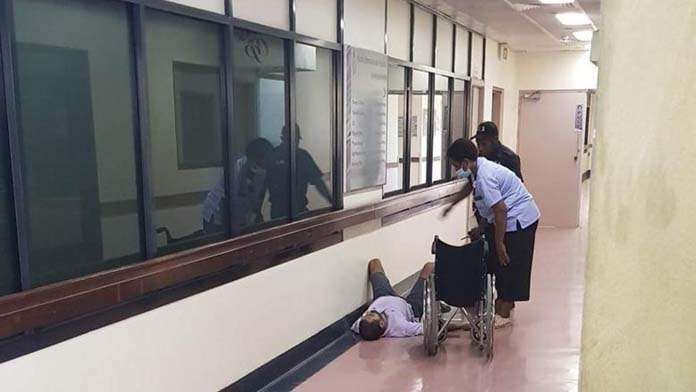 Hundreds of refugees previously held by the Australia government in PNG have written to the Home Affairs and Immigration Minister requesting to act urgently to transfer sick refugees and asylum seekers, still in limbo in PNG, to Australia.

There are now less than 100 refugees and asylum seekers in PNG. Letters from refugees now in Australia, US, New Zealand, PNG and France insist that Australia still has responsibility for those who have been left behind in desperate circumstances in PNG. (Letters attached here and here.)

A number of the men have such serious mental health problems that they are unable to provide intelligible information or informed consent to health providers or refugee organisations regarding their situation.

Despite Labor’s policy document (p127) committing them to “Improve the medical transfer process, establish an Independent Health Advice Panel to provide medical advice and maintain ministerial discretion in all decision making,” Immigration and Home Affairs have turned a deaf ear to requests for urgent medical transfers from PNG.

One Iranian refugee has been confined to hospital for the last six months in very distressed circumstances (photo attached), but refugee advocates have received no response to requests for his urgent transfer.

“The Ministers’ response that Australia is no longer responsible for refugees they sent to PNG, doesn’t wash,” said Ian Rintoul, spokesperson for the Refugee Action Coalition, “The United Nations Committee Against Torture recently found that Australia ‘maintains legal responsibility because [the refugees and asylum seekers] remain under Australia’s effective control..’

“The Morrison government handed the fate of refugees to PNG as if they were livestock, but these people sought protection from Australia. PNG cannot provide them with safety and a secure future.  Many of them have no third country resettlement option.”

“Labor can’t hide behind the abuses of the previous Coalition government; they are now complicit in the mistreatment of refugees who need urgent help.”

For more information contact Ian Rintoul 0417 275 713; comment from signatories in US, NZ, France and PNG is available.