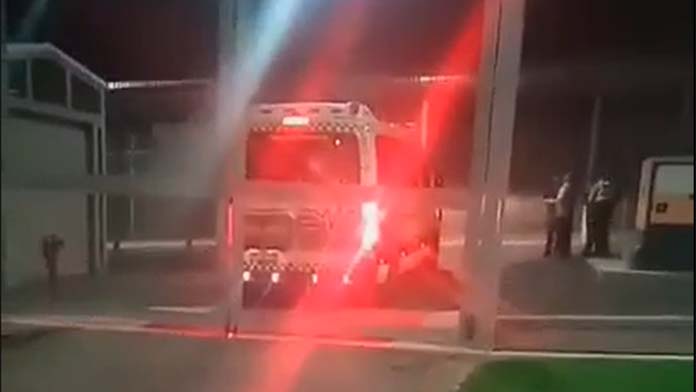 It is understood that the man was stabbed during an altercation with another detainee in Hawk compound around midnight Wednesday night, 15 June.

Other detainees are angry that it took around an hour before an ambulance attended Yongah Hill.  However later, the fire brigade attended a small fire within the compound within minutes.

“We are animals to them. They don’t care. There is no doctor, not even a nurse here to help him,” one detainee told the Refugee Action Coalition.

The man had been in held in Yongah Hill for around three years, although he had signed to return to Turkey around a year ago.

It is understood that two men have been arrested in relation to the incident.

All compounds are calm, but despite the extremely cold weather, the detainees in Hawk compound have been locked out of their rooms.

The stabbing incident is the second in two days at Yongah Hill.

“Anthony Albanese told Jacinda Ardern that he will look at the issue of 501s being held in detention, but there must be a much wider inquiry into section 501 visa cancellations. The section discriminates against non-citizens.

“It is common for detainees to be held for years even after they have signed to returned to their countries. The conditions in immigration detention are worse than jail, with no oversight.”